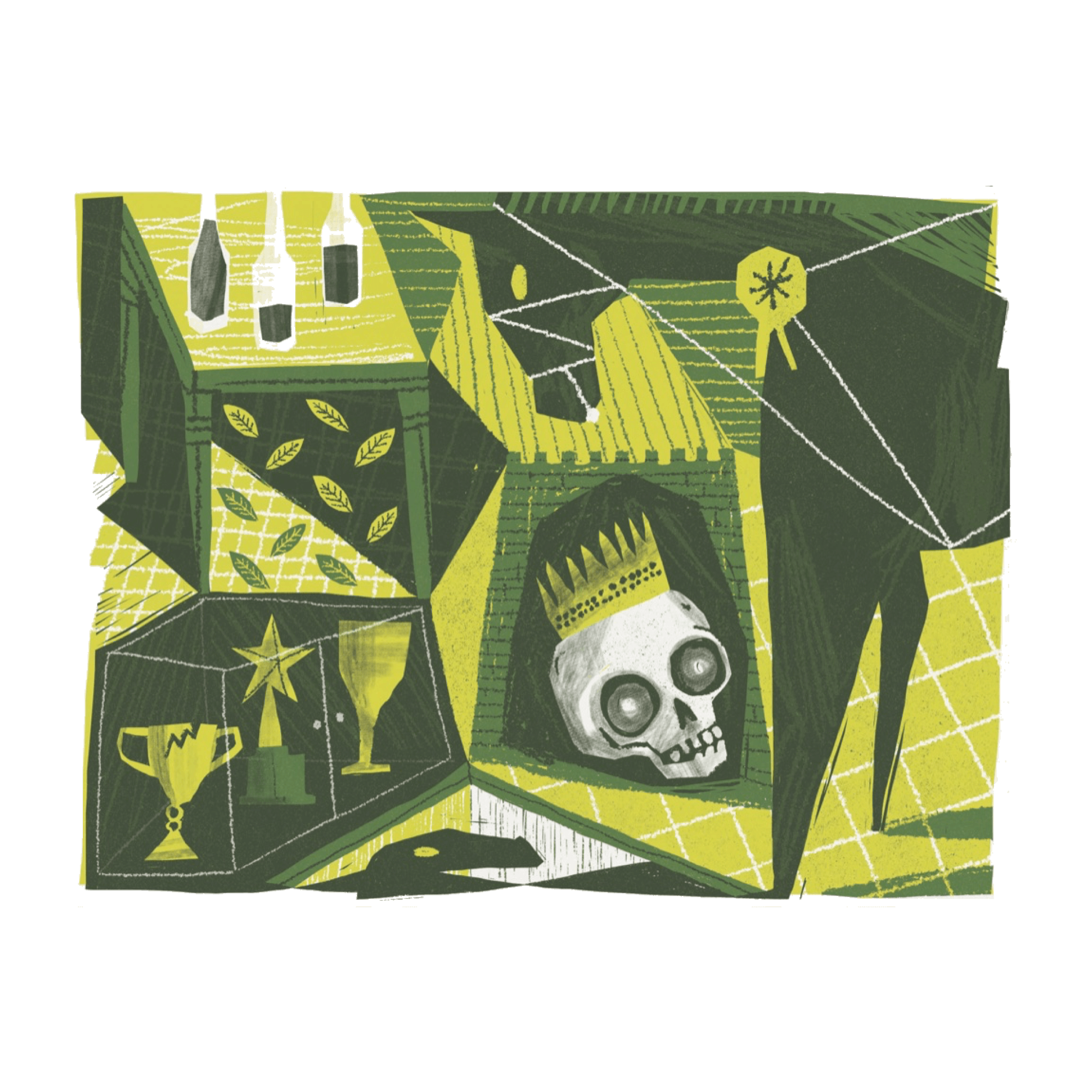 Four years after his debut release for the label, Oxygen Thief’s Barry Dolan will be reviving his parallel alter-ego for a new studio release: ‘Non Canon II’ (out 15th May 2020). As a forecast of the new record in-waiting, Non Canon lays out a thought provoking opening salvo with lead single: ‘**Dark Force Rising**’. *Watch the video here: [https://youtu.be/tZldLJlp4tM](https://youtu.be/tZldLJlp4tM)*

Lead single, ‘Dark Force Rising’ is one of the album’s most stripped-back songs in terms of its instrumentation; its gossamer acoustic spindlings leaving Dolan’s vocals bare and free-from alternative interpretation as he seeks to cut straight to the album's core themes. “I wanted the first song that people heard from it to represent all of the album’s themes... ‘Dark Force Rising’ is a song about standing up against bigotry in all its forms and trying to be brave enough not to "agree to disagree" with viewpoints we find abhorrent for the sake of an easier life.” A peaceful protest song that highlights the importance of acceptance, togetherness and community, ‘Dark Force Rising’ emphasises its values with the hair-on-end sounds of collective voices singing in unison; but this is a choir quite unlike listeners may have encountered before. Before completing the track, Dolan reached out to his friends all around the world asking for vocal recordings to reiterate his message. Overwhelmed with contributions, he then painstakingly layered the tones together at his UK studio to create a kind-of digital choir out of the ether (or ethernet if you like). And the results are striking. Creating a stirring climax to the song, voices come together from continents apart with one a powerful message of solidarity and hope that together deal a deft blow to the alt-right, men's rights activists, anti-trans lobbyists, and other such hate-groups. Our first trailer hinting to the upcoming sequel; ‘Dark Force Rising’ is nonetheless a tantalising indication into the widescreen narratives that will unfold in ‘Non Canon II’. The new album promises to showcase Dolan’s deft ability to capture the microscopic and macroscopic as a songwriter, but will also convey an artist burning to explore avenues and genres new to him. ‘Non Canon II’ will also see a host of **guest musicians** contributing to the album, including: **Neil Elliott** and **Ben Whyntie** from Barry’s heavy rock/metal outfit Oxygen Thief; Pete Fraser **(touring member of Field Music/vocalist of super-noisy-math-metal trio Down I Go) **on saxophones**; Gareth Amwel Jones (My First Tooth/Lucky Shivers) **on drums; **Jon Clayton** (Hurtling, Chris T-T & The Hoodrats) on cellos; **Hannah Johns **(The Leylines) violin/viola; **Ryan Brooks** (Left Side Brain/Super Goliath) piano, and **Alex Ball** (composer and popular YouTuber) drum machine.

‘Non Canon II’ was self produced by Barry Dolan, and recorded in studios in Bristol (Bink Bonk), London (OneCat), and Portsmouth (Old Blacksmiths Studios), along with home studios in Bristol and Stockholm. The album was expertly stitched together and mixed by **Neil Elliott at Old Blacksmiths Studios**, before mastering by **Dan Coutant** at New York’s Sun Room Audio.\ \ Released on **15th May 2020 via Xtra Mile Recordings,** ‘Non Canon II’ will be available on CD and digital download. A novel limited edition of “**Eco-mix vinyl**” - created from a lucky dip blend of colours recycled from leftovers from other coloured vinyl releases - will also be available, with each vinyl press guaranteed to be individually unique.

**‘NON CANON II’ - TRACKLISTING** **1. Never Say Never Again** **2. The Cavalier Years** **3. Dark Force Rising** **4. The Sayings of the Seers** **5. MMXIX** **6. Sharpie** **7. Kingdom of the Crystal Skull** **8. Self Untitled** **9. A Teapot and an Open Mind** **10. And Another Thing…** Non Canon is the solo project of Barry Dolan. Hailing from Bristol, Dolan has been a prominent figure on the UK scene since emerging with his Oxygen Thief project in 2006. Over the years Dolan has supported the likes of Frank Turner, Mongol Horde, InMe, Johnny Foreigner, Chris T-T, and has established a devoted fan base of his own. A talented songwriter and performer, Dolan has been championed by the likes of BBC Introducing and BBC 6 Music (Tom Robinson). Signing with the Xtra Mile Recordings label in 2013 for Oxygen Thief’s ‘Accidents Do Not Happen, They Are Caused’ album, Dolan has since released a string of EPs and albums on the label, including the first Non Canon LP, which marked a more traditional and acoustic-based outlet for the singer. Its follow-up, ‘Non Canon II’ will be released in 2020, with live dates to be announced in due course…